The Sneetches are these big yellow birds some of the Seetches would have stars and some wouldn’t. Sneetches that had stars would feel better than the ones who Didn’t because the one who didn’t have stars couldn’t join in anything so it was like a stereo type so one day a truck that was biased came by and said I saw what those Sneetches did to you then they would have stars with on their stomach cause of the machine. Then the original Sneecthes that were originally with stars had been discriminated because the ones without stars now have stars. then they went over any over in machine that take off stars and the one that don’t so it went around and around and in the end they all became friends.

They were discriminated because they were copied

Wednesday was the day that we went to Da Lat We had to wake up at 5 in the morning to go to school and then we went on a bus for 8 hours it was 8 hours of hell scream play sleep.we arrived at the camped at 3 30 the guides got us there they were Ember staff guides our guide was Mr.Jake first day we got into our groups made a name. Ours was Awesome the others were 4 leaf clovers,Great White sharks, and Tigers.when we got there we had to go up as we went up some people were already tired and I was like if  that’s tiring then how are you gonna hike that mountain 8 kilometers. after that we set some rules and we had a trust activity and a activity that you requires you to be blindfolded and we would have to make a tent with your group and your leader will tell you what to do without physical contact.then we had free time until six o’clock because we dinner and we were attacked by bugs then we told ghost stories then we sang campfire songs we went back telling ghost stories everyone was scared because of me i scared them to death they all slapped me and beat me up.then on the second day we went climbing on a mountain called pinhat and we set a new record for climbing up 8 kilometers in 56 minutes and then we had a picnic and then we split into our groups doing activities like spider web, zip lining, monkey bridge,blindfolded color block building ,and trust v  the monkey bridge was fun i set a new record I pulled my self trough 34 bars over two stories high. we went back camp and we had lunch then we changed into our swim suits and we  got to make our rafts in one hour it was looking good then it broke and we had a guide to help us we made it we got in first place my friend couldn’t paddle fast as me so i fell in the middle paddled both sides and we got  in first place as we finish my friends forgot to bring the raft to shore so i pulled the raft by my self and we won then we took a swim in that lake and i had a leg cramp my friends didn’t believe me so i told one of them to bring me in the shore i held my feet back and a i cured it then we changed ate dinner and as we were eating dinner the da lat hill tribe came and showed us dances of their life It was very interesting we had a bond fire and we made s’mores again and slept. the next day we went to the amaranda hotel/resort it was beautiful peaceful and nice  we got our rooms showered and went to a restaurant as we ate the teachers told us to karaoke we did it was fun at was me and one of my friends karaoke the whole time we went back and did team cheers and had some speeches cause it was our last day and went back to our resort played some cards wrote in our journal of what we did and then we slept the next morning  we took a shower and ate breakfast at the restaurant in the resort the food was very good. then we went to the kids hearing orphanage and we learned sign language and other cool stuff in the end we ate lunch a a restaurant and we said our goodbyes and went home.

For my future career I want to be a Navy SEAL. Seal stands for sea air and land the make a good amount of money and a they can have their expenses paid for them by the government. The SEAL a well train group of soldiers or if you don’t understand their like special forces. The Navy SEAL’s is the best unit alive right now. they are trains for dessert operations, Jungle operations, diving operations, Hostage rescue, terrorist, ETC. The Navy SEAL’s are apart of the Navy branch. I like the Navy SEAL’s there good soldiers there the best there are different types of SEAL’s the Seals are highly trained soldiers I like the SEAL’s when I have the chance to join I will join because it is my dream

http://15tuckea.edublogs.org/ I like her blog it seems so interesting and good I read most of the post they’re good even thought there a little bit long but I would nominate her blog Help her win Guys nominate her blog her post are good its not with the student challenge but it’s still good

On every challenge we would go to the studentchallenge.edublogs.org and we would see what challenges we needed to do with that week and we would just do it at our own paste if it’s not done then go home and finish it. My career was a useful challenge it made me think more into my career and makes me want to even continue chasing my career as a NAVY SEAL. the most interesting challenges were the picture sentences I Finished my but the pictures didn’t show up and it was pretty fun to make a sentence out of pictures.some other topics that I would want to add in are how you’re going to achieve your career,and whats your best friends blog. to be honest The Challenge was OK… I didn’t like that much because it was a must do so it was pretty boring.

I have Written twenty-one post all of them were school based I don’t have any time to write when I’m at home so I don’t have any post from home. I received 17 comments on my blog 12 of them were from my classmates and the others were over sea comments the most comment were my “zoom zoom” post and my “Hawaii” post because it’s interesting that they wouldn’t think that about me and the zoom zoom was fun cause you can make anything. I enjoyed writing about my career because I’m really interested on it and I have just done a presentation about it so i have a lot of information. Yes i did change my blog theme so it would connect with more of my post.I think it is enough widgets to have because if there’s too many then other people would just play with the widgets I have ten widgets and I think that is enough. I do not have any over seas student on my blog roll because i only want to have the people that I know about and who are friends with me.

“The eagle distracted me on the blog and an empty post”

Welcome to your brand new blog!

This is a sidebar and can be changed in Widgets in your dashboard.

You can also modify number of sidebars in theme options! 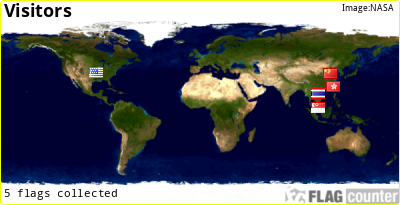